Oliver Cromwell is best known as a soldier to many people; which is all the remarkable given that at the beginning of the Civil Wars in which he made his name he was 43 years old and had no military experience to speak of. Other than perhaps attending occasional training in the local Trained Bands – as most men were required to do in this period – Cromwell had never served in an army or fought in a war. He was given a commission as a junior cavalry officer at the outset of the war, a rank he was given more because of his station in society and position as an MP than through any obvious military talent.

In the popular imagination Cromwell has been seen as the military leader of the Parliamentary cause throughout the Civil War, which is perhaps natural as there was a single central figure for the Royalist cause in Charles I, and therefore people tend to assume that the ‘Roundheads’ were the same. This is not the case though – for much of the war Cromwell was a relatively junior officer and only became overall commander in 1650; although Cromwell was undoubtedly important it was his friend and colleague Sir Thomas Fairfax who commanded Parliament’s forces in the later, victorious stages of the First Civil War. Cromwell was undoubtedly a talented soldier, and he rose up the ranks (and also as a result became more important politically) due to his military prowess.

Cromwell threw himself into his new role upon being given a commission, raising a troop of cavalry in the summer of 1642. Like many officers with little experience, it is likely he learnt ‘on the job’, from published instruction manuals, and from working with more experienced colleagues. He was good with people and horses – skills which helped him as a cavalry officer. He seems to have seen (possibly arrived late at) the initial battle at Edgehill, and was deeply unimpressed by the quality of Parliament’s cavalry, writing to John Hampden: “Your troopers are most of them old decayed servingmen and tapsters; and their troopers are gentlemen's sons, younger sons and persons of quality; do you think that the spirits of such base and mean fellows will ever be able to encounter gentlemen that have honour and courage and resolution in them?”

Having secured Cambridge and areas around the county for Parliament, Cromwell was promoted to Colonel in the spring of 1643. He set about raising a regiment of cavalry in his home town of Huntingdon, by local tradition using the Falcon Inn which still stands today as his headquarters. He raised effective soldiers, training them thoroughly, looking after their welfare, ensuring strict discipline on and off the battlefield and leading them by example with great personal courage. He then set about securing much of the region for Parliament, taking Peterborough, Crowland and campaigning in Lincolnshire. By the autumn of 1643 he had been appointed second in command of the Eastern Association army, Parliament’s forces in the east of England, with the rank of lieutenant-general. During 1644 he fought at the Battle of Marston Moor, which helped secure the north for the Parliamentarians, and at several battles in the midlands and south east.

In June 1645 Cromwell was appointed as second in command, as Lieutenant General of Horse, in Parliament’s New Model Army. Within days he played a major role at the decisive battle of Naseby, then led troops in the remaining battles and sieges throughout the First Civil War.

Cromwell’s role after the defeat of the King bridged his military and political responsibilities. He sought to listen to the grievances of many soldiers in the army who were demanding fair redress for the wages that they were owed, as well as a say in the political settlement after the war. He was one of the senior officers or ‘grandees’ who met representatives of the ‘Levellers’ at the Putney Debates in the autumn of 1647.

When civil war flared up again after the King escaped, Cromwell commanded a large part of the New Model Army which first crushed rebellion in South Wales and then at the battle of Preston in August 1648 defeated an invading Scots army.

After the trial and execution of the King, Cromwell was sent on a major military campaigns to re-establish English control over Ireland. In the nine months he was in Ireland he besieged and took 28 towns, most surrendering on generous terms. Drogheda and Wexford, however, were both taken after a bloody siege, with casualty levels and alleged atrocities that have blackened Cromwell’s name in Ireland even today. For an introduction and thorough discussion on the different views of the Irish campaign, do see Professor John Morrill’s excellent summary on the Cromwell Association Website.

Returning to the mainland in 1650, Cromwell was now appointed Lord General, commander of all of Parliament’s forces. In the ensuing Third Civil War he campaigned in Scotland in 1650, winning arguably his greatest victory at Dunbar. The following year he defeated a final Scots and Royalist army at the battle of Worcester in September, effectively bringing to an end the bloody civil wars that had torn the country apart. 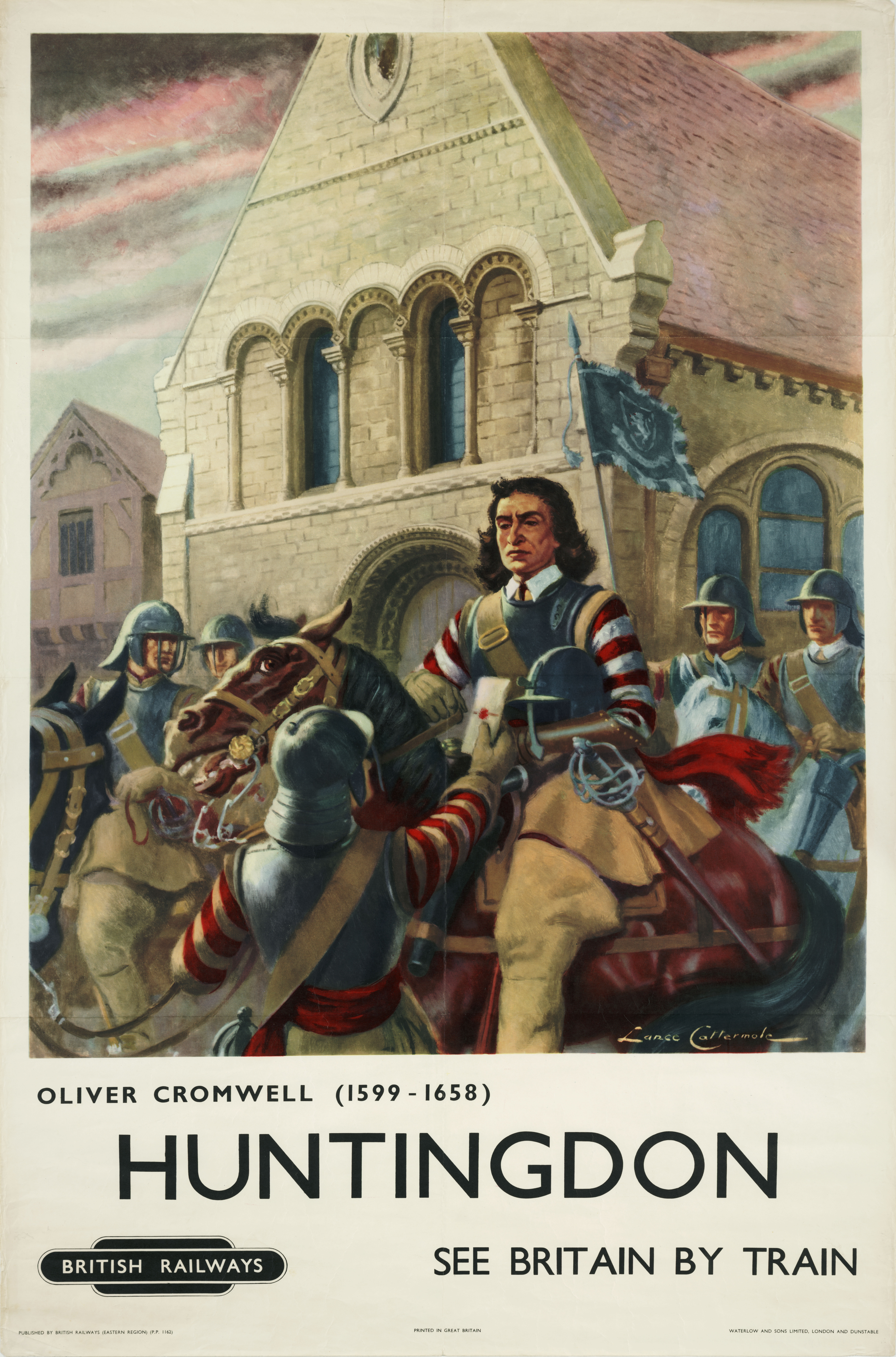 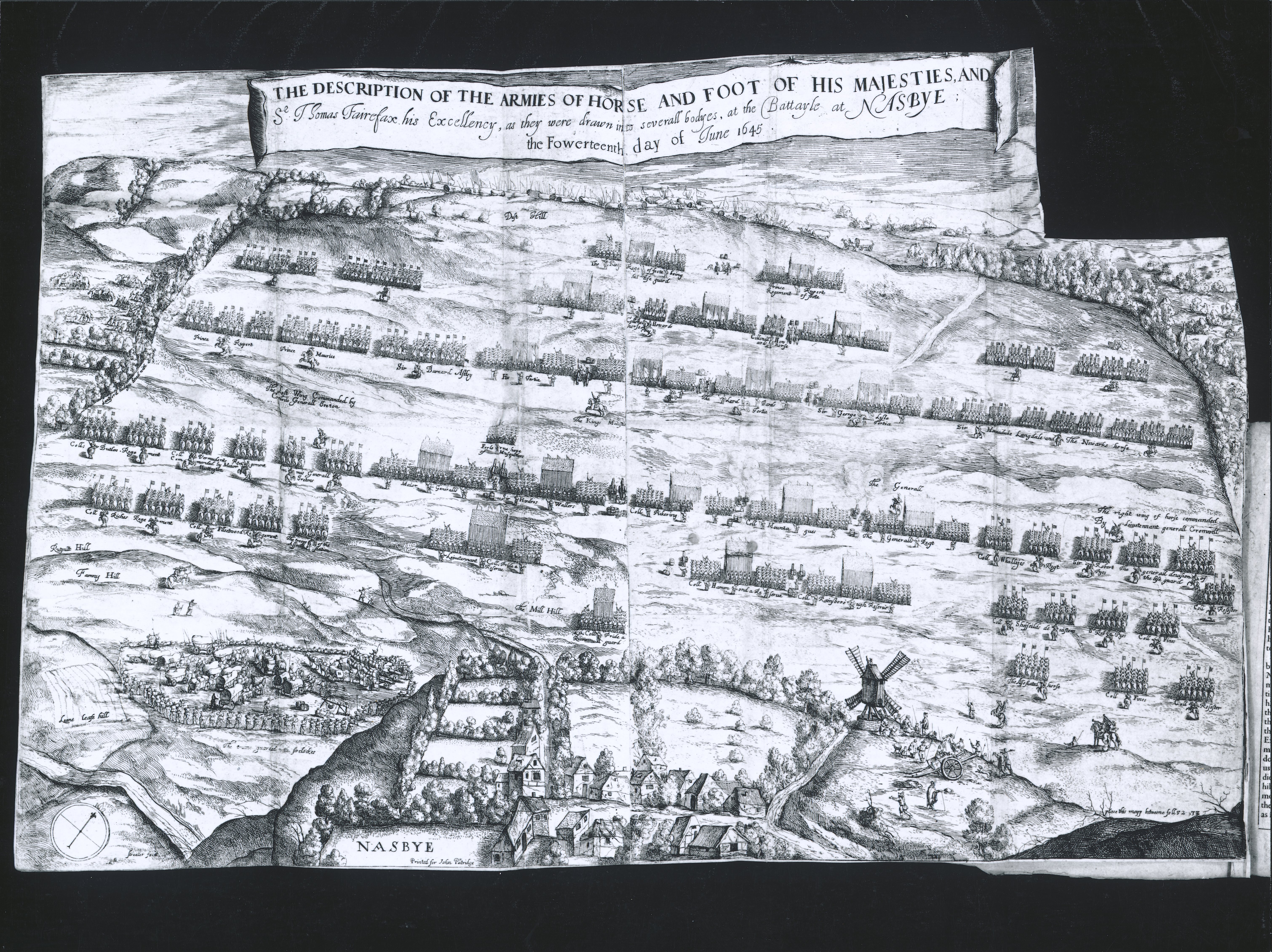 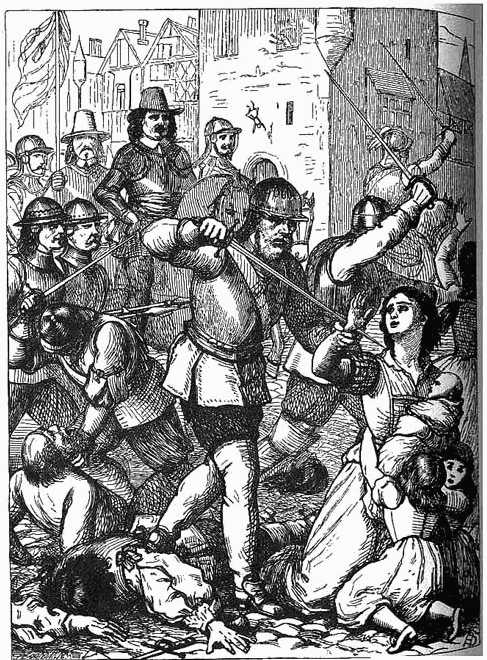 19th century engraving depicting the storming of Drogheda in 1649