'The Trial of Charles I: New Evidence': a talk by Professor Ted Vallance

On 30 January 1649 Charles I was beheaded at Whitehall, an event that is said to have caused a groan amongst the crowd watching and caused shockwaves across Europe. The King had been put on trial obstensibly by his own people, an unprecedented action. What do the contemporary sources really tell us about this? New research by Ted Vallance shows new light on these tumultuous events, which we will hear about in this talk.

Professor Ted Vallance studied history at Balliol College, Oxford where he completed a doctorate on oaths of allegiance in seventeenth-century England. In 2000 he was appointed De Velling Willis Research Fellow at the University of Sheffield and then taught at the Universities of Manchester and Liverpool. In September 2009 Ted joined Roehampton as Reader in Early Modern History, then was appointed to a personal chair in 2014. Since 2016 he has been Director of the Graduate School at Roehampton, providing overall leadership on postgraduate research at the University. He has written extensively on the Seventeenth Century, the Civil Wars and Republic. He is currently writing a book on the Trial of Charles I.

This talk will be recorded and put on a private channel after the 'live talk' for ticket holders to view at their leisure if they miss the live talk or wish to view them again.

This talk is part of a four part lecture series; for season tickets please click here.

Wednesday 19 April at 7.30pm - Professor Ted Vallance on 'The Trial of Charles I: New Evidence'

Wednesday 3 May at 7.30pm - Paul Lay on 'Cromwell and the Jewish Community'

Wednesday 10 May at 7.30pm - Dr Sarah Covington on 'Oliver Cromwell and the Haunting of Ireland'

PLEASE NOTE: These talks will be held online via Zoom. Joining details will be sent out 48 hours before the talk. 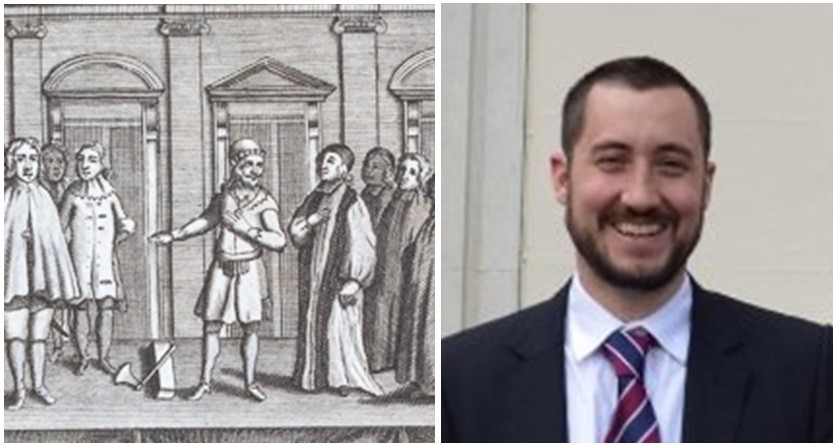