‘The Restless Republic: Life in the Republic of Britain’ : a talk by Anna Keay

Admission: £6 Adults, £5 Students/Friends of the Museum

With the civil wars largely over the people of Britain found themselves in a new world, in which the 'unnecessary' rule of kings had been dispensed with and the will of the people - so they were told - was the sovereign force. In this lecture Anna Keay explores the character and contradictions of our republican age through contemporary eyes. What was it like to live in Britain without a Crown? Dickens famously said of the revolutionary era in France, 'it was the best of times, it was the worst of times', how well does this description describe the British experience a century before?

Anna Keay is a writer, historian and curator, with a special interest in 17th-century British history. Since 2012 she has been Director of the Landmark Trust.

From 1996 to 2002 Anna worked as a curator for Historic Royal Palaces. From 2002 until 2012 she was Properties Presentation Director at English Heritage.

Anna has published several books, including The Magnificent Monarch: Charles II and the Ceremonies of Power and The Last Royal Rebel: The Life and Death of James, Duke of Monmouth. Anna co-wrote Landmark: A History of Britain in 50 Buildings with Landmark’s Historian Caroline Stanford, and has presented several TV documentaries – most notably the six-part Channel 4 series about the Landmark Trust Restoring Britain's Landmarks that aired in autumn 2015. In November 2017 she presented Channel 4's Big Ben: Saving the World's Most Famous Clock, exploring the history and restoration behind Big Ben. In 2019, she presented a two-part documentary on Landmark's restoration of Llwyn Celyn, the £4 million Restoration: Historic House Rescue. As a follow-up in 2021, she presented a programme about the rescue of Cobham Dairy entitled £1 Million Restoration: Historic House Rescue.

Anna is a Trustee of the Royal Collection Trust, a Governor of Bedales School, a Non-Executive Director of Big Yellow Group PLC and an Ambassador of the Weald & Downland Living Museum. She is also a Visiting Professor at Birmingham City University and has been awarded an Honorary Doctorate in Letters by the University of East Anglia.

This is part of a four part lecture series on apects of the mid 1600s. Discounted combined tickets for all four talks can be purchased at: the Cromwell Lecture Series (click on this title for the link).

We are delighted to welcome over four successive Wednesdays:

Wednesday 13 April at 7.30pm - Professor Steve Murdoch on ‘A Beginner’s Guide to the Thirty Years’ War’

Wednesday 20 April at 7.30pm - Dr Anna Keay on ‘The Restless Republic: Life in the Republic of Britain’

Wednesday 27 April at 7.30pm - Jessie Childs on ‘I thank God I can give you a Good Account of Basing’

PLEASE NOTE: This talk will be held online via Zoom. Joining details will be sent out 48 hours before the talk. The talks are recorded and will be available on a private channel for ticket holders to view afterwards if they miss the 'live' talk or wish to watch it again. 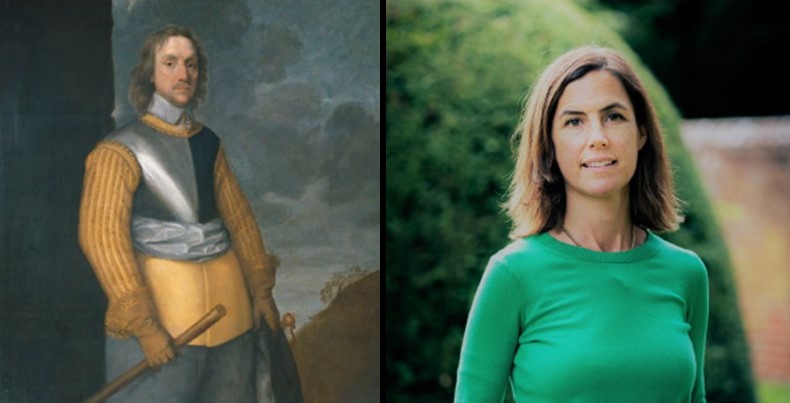