During the summer of 1643, a Royalist coup seized the Norfolk port of King’s Lynn for the King. Parliament’s reaction was swift, and they recaptured the town after a short siege. Refortified, King’s Lynn became the principle supply base for Parliament’s armies operating in the east and northeast of England. This talk will tell the story of these events and reveal new archaeological discoveries that have taken place over the last two summers; evidence about the complexity of Civil War defences, making King's Lynn arguably the most strongly fortfied place in Britain at the time.

David Flintham is a military historian specialising in seventeenth century fortress warfare. A Fellow of the Royal Geographical Society, his research has taken him throughout the British Isles, across Western Europe, and as far afield as North America and South Africa. A long-time member of the Fortress Study Group, he writes regularly for its publications, and sits on the society’s committee. He is also project manager of the King’s Lynn under Siege English Civil War archaeological project. David is the author of three books (with three more in preparation), and in addition, he has written numerous articles and essays, and is a regular contributor to 'Military History Matters'. Regarded as an expert of London’s Civil War fortifications, he is involved in a significant project examining the evidence for the capital’s defences.

This talk will be recorded and put on a private channel after the 'live talk' for ticket holders to view at their leisure if they miss the live talk or wish to view them again.

This talk is part of a four part lecture series; for season tickets please click here.

Wednesday 19 April at 7.30pm - Professor Ted Vallance on 'The Trial of Charles I: New Evidence'

Wednesday 3 May at 7.30pm - Paul Lay on 'Cromwell and the Jewish Community'

Wednesday 10 May at 7.30pm - Dr Sarah Covington on 'Oliver Cromwell and the Haunting of Ireland'

PLEASE NOTE: These talks will be held online via Zoom. Joining details will be sent out 48 hours before the talk. 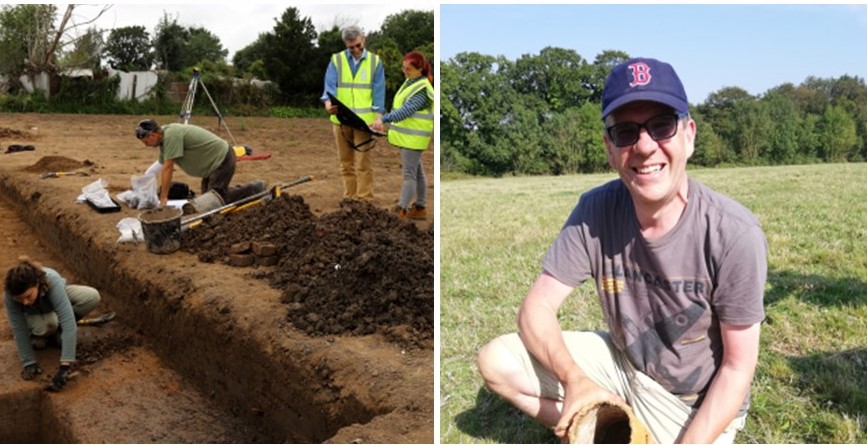