‘I thank God I can give you a Good Account of Basing’: a talk by Jessie Childs

Admission: ££6 Adults, £5 Students/Friends of the Museum

‘I thank God I can give you a good account of Basing’: Cromwell and the Siege of Loyalty House.

Jessie Childs uncovers the face of the Civil War through one of its most notorious episodes: the Siege of Basing House.

In October 1645, Oliver Cromwell rolled in the heavy guns of the New Model Army to cut off ‘a limb of Babylon’ in Hampshire. His target was Basing House, a mist-shrouded mansion that had held out against Parliament’s forces for over two years.

Jessie will explain how Loyalty House, as it was known, became a symbol of royalist defiance and – to parliamentarians – Stuart degeneracy. ‘Here,’ announced one preacher, ‘religion and laws and liberties and the very being of our English nation lie at stake.’ She’ll introduce a cast of extraordinary characters, including women, children and the architect Inigo Jones, who was carried out at the last, stripped of his clothes and dignity – and she will reveal, in advance of her book’s publication on 19 May, new information about the siege and Cromwell’s final storm.

Jessie Childs is the award-winning author of God’s Traitors (PEN Hessell-Tiltman Prize for History) and Henry VIII’s Last Victim (Elizabeth Longford Prize for Historical Biography). She has written and reviewed for many papers, including the Sunday Times, Guardian and London Review of Books, and is an editorial adviser of History Today. Her TV contributions include the BAFTA-nominated Elizabeth I’s Secret Agents (BBC 2 & PBS) and two BBC series on Charles I.

This is part of a four part lecture series on apects of the mid 1600s. Discounted combined tickets for all four talks can be purchased at: the Cromwell Lecture Series (click on this title for the link). We are delighted to welcome over four successive Wednesdays:

Wednesday 13 April at 7.30pm - Professor Steve Murdoch on ‘A Beginner’s Guide to the Thirty Years’ War’

Wednesday 20 April at 7.30pm - Dr Anna Keay on ‘The Restless Republic: Life in the Republic of Britain’

Wednesday 27 April at 7.30pm - Jessie Childs on ‘I thank God I can give you a Good Account of Basing’

PLEASE NOTE: This talk will be held online via Zoom. Joining details will be sent out 48 hours before the talk. The talks are recorded and will be available on a private channel for ticket holders to view afterwards if they miss the 'live' talk or wish to watch it again. 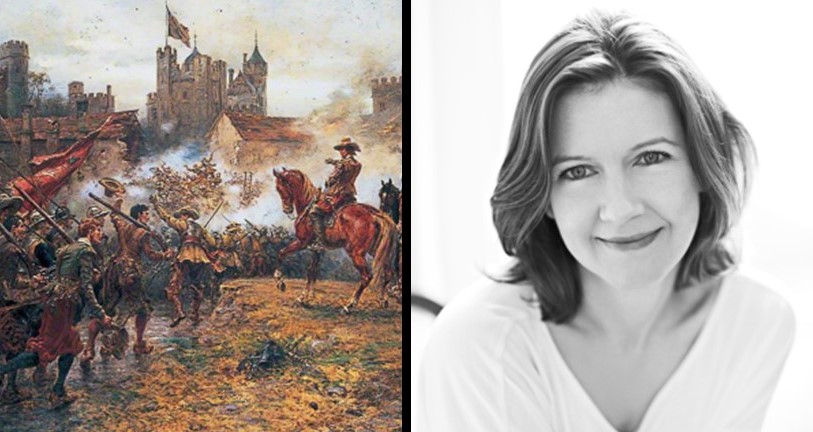