From Dunbar to Durham: An Archaeological Mystery

The Cromwell Museum is hosting a touring exhibit this summer in association with Durham University, looking at an archaeological detective story which reveals the human story behind the Civil Wars of the mid-1600s.

In November 2013 archaeologists discovered two mass graves on Durham’s UNESCO World Heritage Site at Palace Green. Following the excavations, historic and scientific analysis took place on the remains, comparing how the skeletons were laid out compared to other mass graves in Europe. Then the remains were examined by bioarchaeologists and scientists who were able to find out more about these men. It showed how old they were, where they were from, the diseases they had and the nutritional deficiencies they may have had in their lifetime.

In September 2015 the project team was able to conclude that 'the only plausible' explanation was that the skeletons were those of Scottish soldiers captured by Parliamentarian forces following their defeat by Oliver Cromwell at the Battle of Dunbar in September 1650, and then taken to Durham. Here, up to 1,700 died as prisoners of war and some of their remains were found under Palace Green Library.

The display explores the story behind the men and what was revealed about their lives and deaths by the archaeology. It has resonance, not only in its connections to Cromwell, but that Scots prisoners were subsequently used as labourers in this area during the drainage of the Fens being conducted at this time. Objects from the Museum’s collections will also be used to bring the story of this battle to life, Cromwell describing his victory as “one of the most signal mercies”.

The exhibition will run during normal museum opening hours; admission is free of charge.

The Museum is very grateful t the University of Durham for the loan of this exhibit. 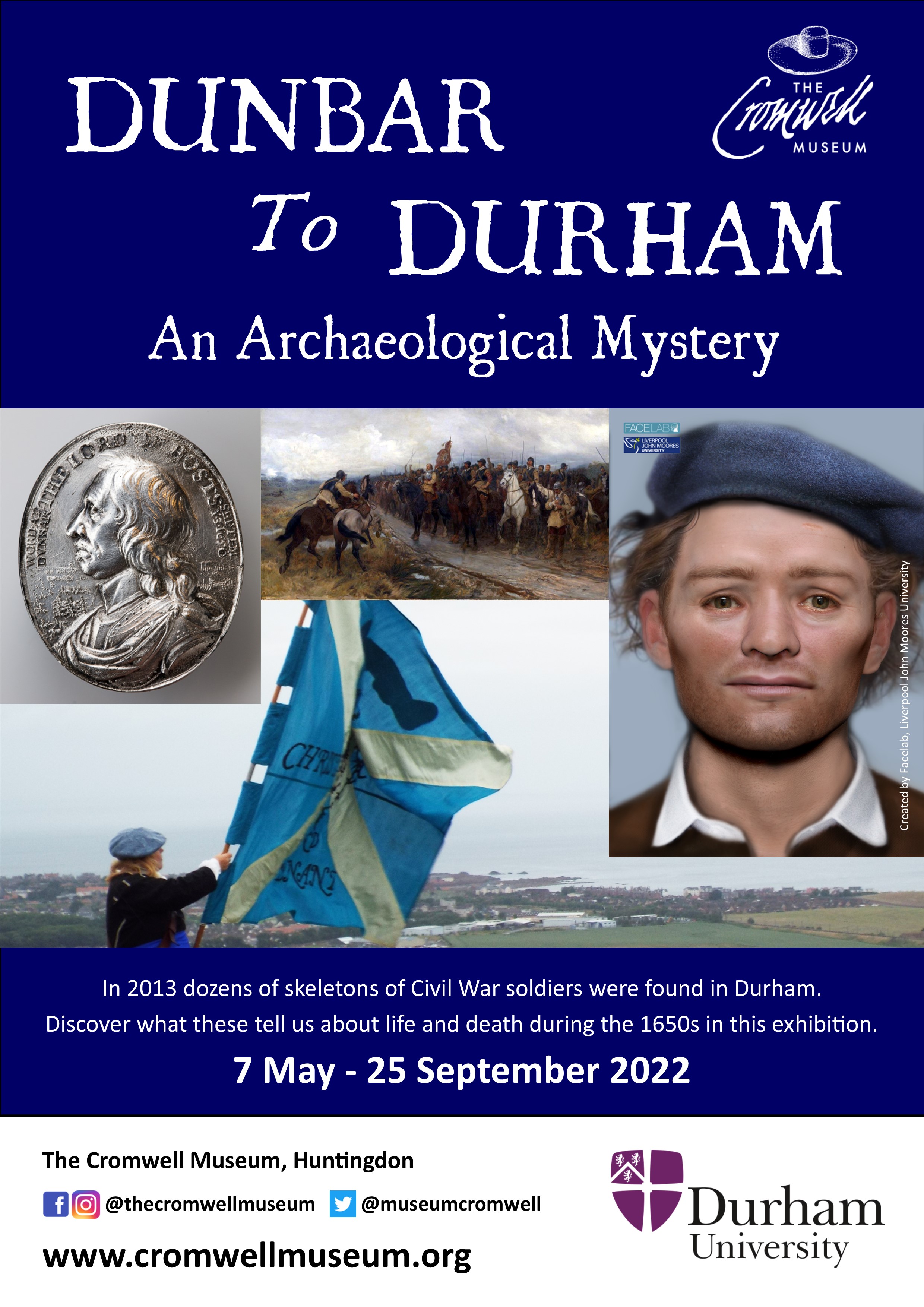